Those who join us are not connected to some printing press, but to a line of God-realized masters.
—Paramhansa Yogananda

On our altar you see the pictures of the five masters of Self-realization who inspire and guide this path. Their images remind us of the state of God-Consciousness toward which we aspire, and give a focus to those aspirations. They are the same masters that Paramhansa Yogananda displayed in his own centers and churches. Further details about these masters can be found in Autobiography of a Yogi. 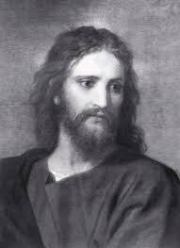 Yogananda said it was Jesus himself who appeared to Babaji and asked him to send the teachings of Self-realization to the West. “My followers have forgotten the art of divine inner communion,” Jesus said. “Outwardly they do good works, but they have lost sight of the most important of my teachings, ‘to seek the kingdom of God first’.” 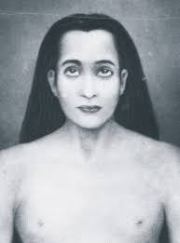 The first in our direct line of Masters, Babaji (whom Yogananda said was Krishna in a previous incarnation), re-introduced the sacred art of Kriya Yoga to the world in 1863 through his disciple, Lahiri Mahasaya. Babaji continues to live in the Himalayas, accessible to a small band of disciples.

Known as the “householder yogi,” Lahiri set an ideal example of harmoniously balanced living, attending to his work and family responsibilities along with his spiritual practices. After receiving Kriya Yoga from Babaji, he passed this non-sectarian science on to thousands of disciples, irrespective of caste or religion.

A disciple of Lahiri Mahasaya, Sri Yukteswar was known as India’s gyanavatar or “incarnation of wisdom.” At the request of Babaji, he wrote a short book, The Holy Science, to demonstrate the unity of the Christian and Hindu scriptures. He was also commissioned to train his disciple, Paramhansa Yogananda, for the dissemination of yoga in the West. 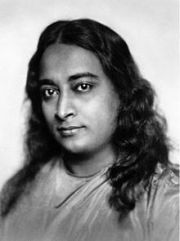 The first yoga master to take up permanent residence in the West, and the last master of our line, Yogananda arrived in America in 1920 and taught throughout the United States, filling the country’s largest halls. He initiated thousands into Kriya Yoga and taught many disciples to continue his mission of Self-realization after his passing.