At Ananda Village, Nayaswami Jaya served as Village planner, property manager, and resident acharya for many years with his wife Nayaswami Sadhana Devi. They shifted to New England in 2002 to guide 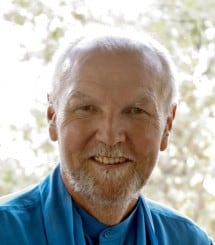 Ananda’s work on the East Coast of the United States and, at Swami Kriyananda’s request, they started traveling often throughout India since 2006, to help and guide leaders and devotees with their duties and spiritual growth.

Nayaswami Jaya has been authorized by Swami Kriyananda to give initiation into the advanced meditation technique Kriya Yoga. He travels widely as an Ananda “Kriyacharya,” sharing the teachings and techniques of Paramhansa Yogananda with audiences throughout the world.